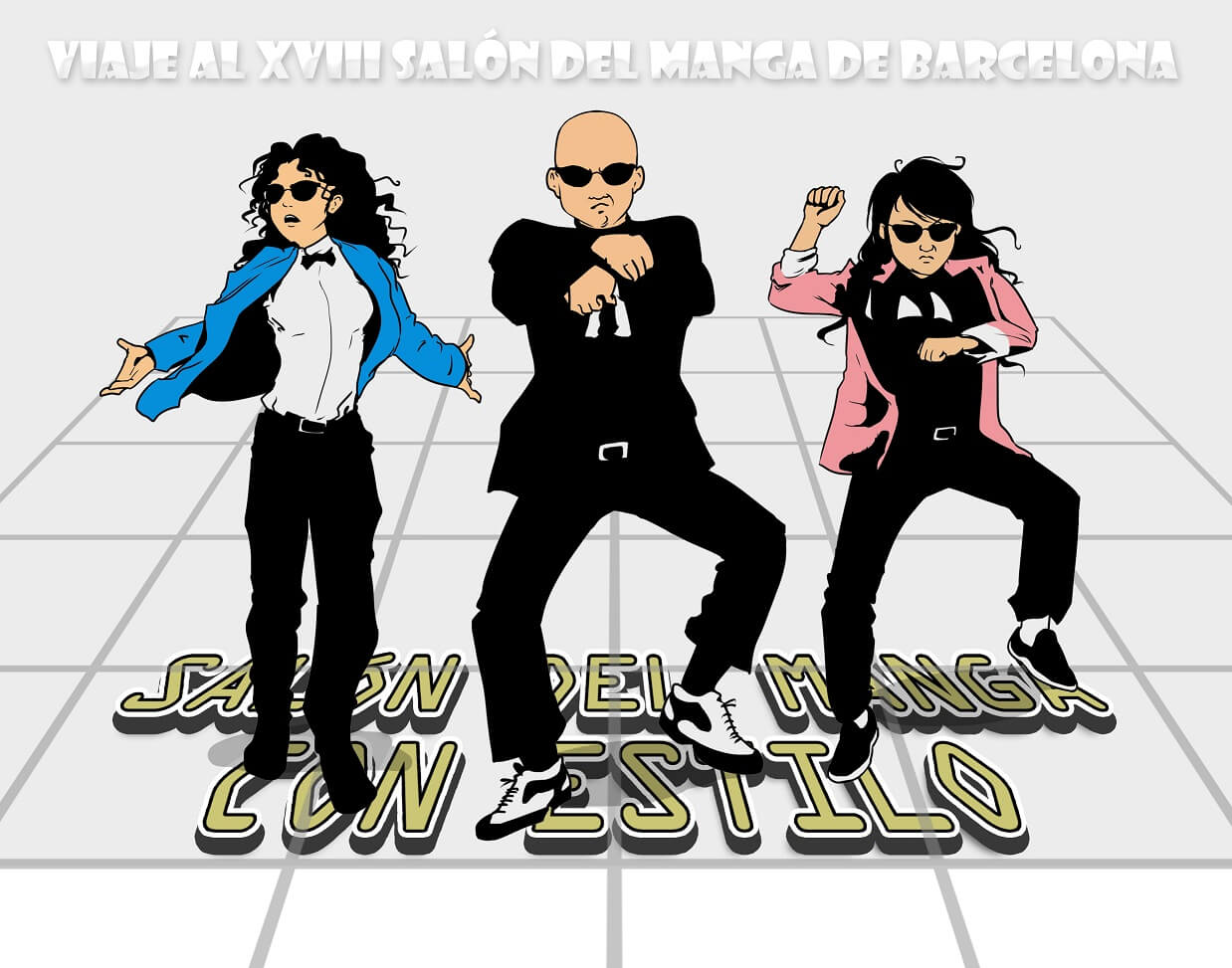 This is part of my trip package to celebrate our 2013 adventure to Barcelona, with the occasion of the biggest Spanish Manga Con, the Salón del Manga, XVIII Edition. Of course, it was the year of Psy’s sky-rocketing fame, and I’ve always found it’s image funny and hilarious, so I used this dance tutorial illustration as reference and made a parody of it with ourselves. I was printed in a card, to serve as a cover of a little envelope with other freak goods to live and make more pleasant the train time. I also worked on a freak crossword and made bento and onigiris with seaweed faces. In spite of its vectorial aspect, I worked on Paintool SAI (much faster for me) and added some final touches in Photoshop.

Us in Gangnam Style, clear version.