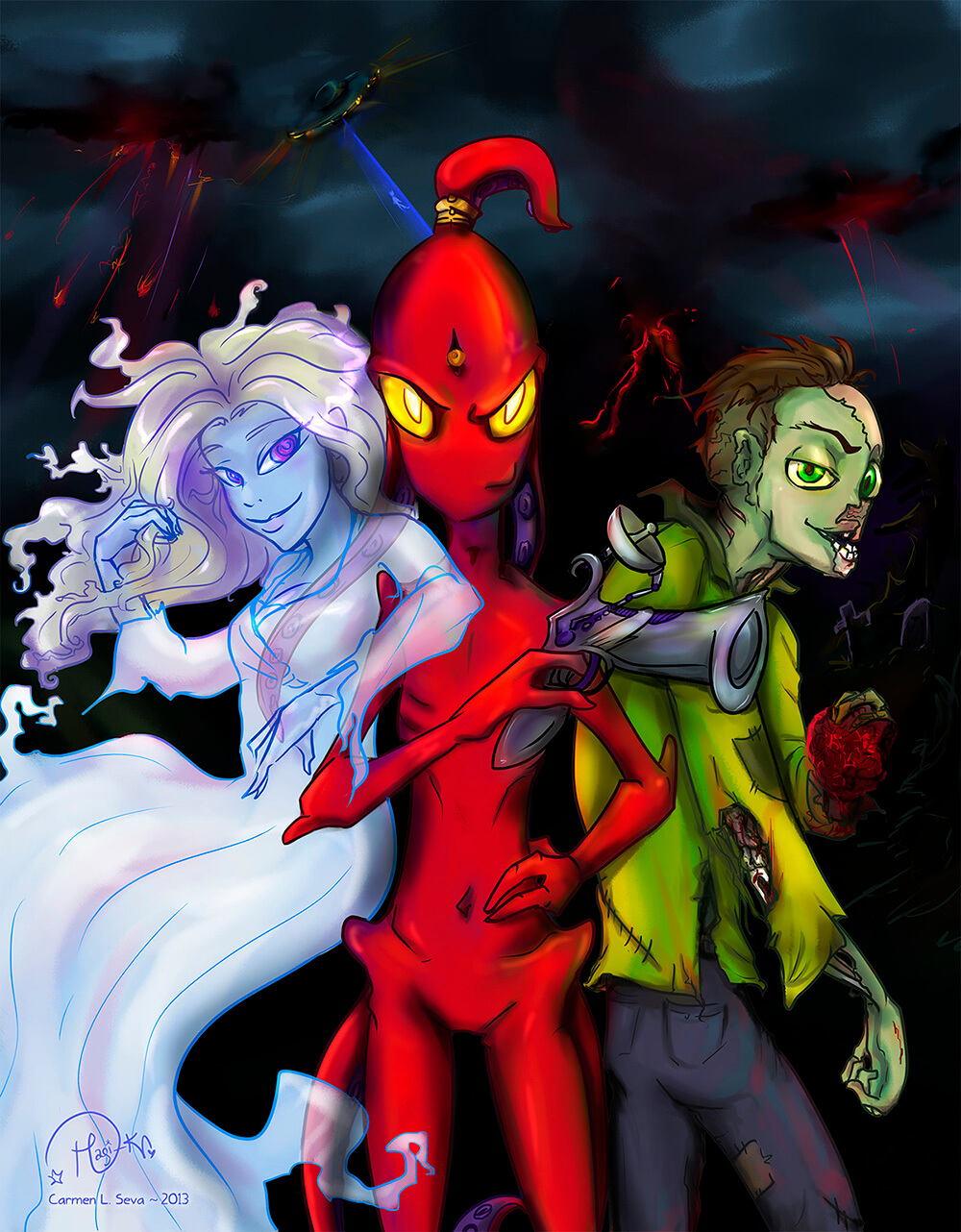 After the End of the World

Another class game. This time, the words proposed were -obviously!- ghosts, zombies and aliens. We had the chance to chose only one, but I found much more appealing a context where the three of them could make sense. And so, the story of After the End of the World came to life (or death, depends on the character). Meet Ariadne, the lonely and obsessive wandering soul of a Greek priestess; Zagborl, a strong-willed extraterrestrial who came to Earth to demonstrate his superiority over humans in a very particular and ideological way; and Dean, entrenched in a students flat when the zombie apocalypse began, which, due to a series of curious events, allowed him to maintain his mind and sanity.